Written by Adrian Sanabria-Diaz on 01 December 2017. Posted in Bit on Bytes 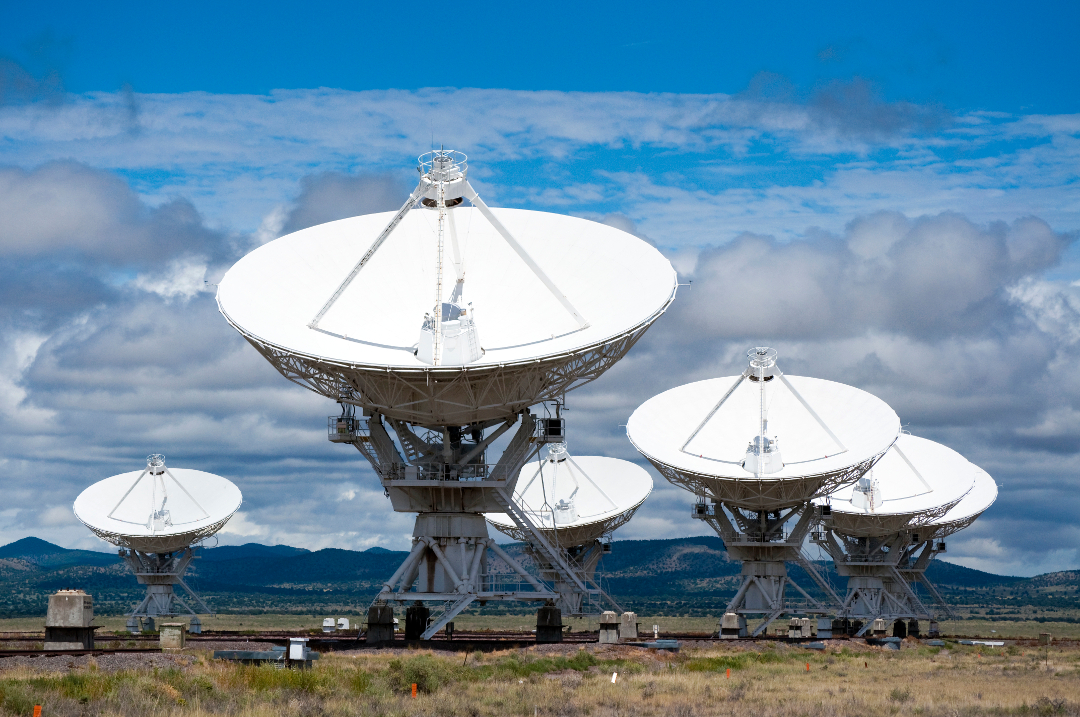 SETI stands for the Search for Extra Terrestrial Intelligence. The SETI Institute is a non-profit corporation that serves as an institutional home for research and educational projects relating to the study of life in the universe. The Institute conducts research in a number of fields including astronomy and planetary sciences, chemical evolution, the origin of life, biological and cultural evolution.

One aspect of the program is to scan the night sky and to search for narrow band frequencies that we don't believe occur from sources such as rotating stars, quasars, or other periodic signals. Suddenly detecting a narrow band beeping that's repetitive and iterating through the values of pi in a base 10 numerical system may indicate that someone (or something) that isn't humans may possibly be transmitting. Also keep in mind that SETI is only listening. It does not transmit.

The research that they do can be referenced to a famous equation, known as the Drake equation, devised by Frank Drake in 1961 which basically tells us how many intelligent life-forms possibly exist in the universe. It can be summarized as:

R* = the birth rate of stars in our galaxy, number per year

fp = the fraction of stars with planets

fl = the fraction of such planets that actually spawn life

fi = the fraction of planets with life that evolve intelligent life

L = the average lifetime (in years) of a technological society

The problem is a lot of these variables are unknown such as the fraction of planets that actually spawn life and eventually evolve intelligent life. Currently, we only know of one such planet. According ot the seti.org website, "While the first three terms of the equation have been successfully investigated by astronomers and are to some extent known, values for the last four are still speculative. The 1961 Green Bank meeting did not publish any numerical values for the terms of the Drake Equation, although Drake himself estimates that N might be as high as 10,000. Carl Sagan was more optimistic, and said that N could be a million or more. Other people have been less sanguine, and suggest that N might only be 1 – in other words, we might be the only technically sophisticated society in the galaxy."

What is [email protected]? According to their website, “[email protected] is a scientific experiment, based at UC Berkeley, that uses Internet-connected computers in the Search for Extraterrestrial Intelligence (SETI). You can participate by running a free program that downloads and analyzes radio telescope data.”

This project utilizes the computer science field known as distributed computing. While most of the SETI programs today analyze the data they receive in real time, it’s important to note that these computers aren’t looking very deeply at the data for weak signals. This work is then handed off to all the idling toasters that are just sitting and not really doing anything. It’s a great use for citizens (e.g. you and me) to be able to contribute to this cause by donating some computing time by simply installing a program on our computers.

The Atlantic also provided an excellent article with some of the history that led up to the project here.

PBS Space Time has a great video describing other Citizen Science projects that are available for you to participate in:

You can read more about SETI and their mission here: https://www.seti.org/about-us

This tutorial is a loose adaptation of the one provided by Digital Ocean here. Let's get started!

As with any Linux installation, start out with the usual updating procedures.

Once the updates and upgrades have completed, let's install the BOINC client that we'll be running the [email protected] program from. These are already available in the repositories with both Debian and Ubuntu!

As soon as you do this, the program will start processing with all the default values so run the following command to temporarly stop it so that we can tune the CPU preferences (e.g. tell the CPU how fast to run). BOINC's default CPU usage is at 100% so you may want to throttle this down a bit.

The configuration settings is located in /var/lib/boinc-client/ as an XML file named global_prefs_override.xml. By default, it'll only have the following text:

Delete this text, and insert the following which sets your Suspend CPU Usage to 50, and the CPU Usage Limit to 25:

Taking this text straight from the Digital Ocean website:

The first preference is cpu_usage_limit, which is used to limit the amount of CPU used by [email protected] The example file uses a setting of 25.000000, meaning CPU usage is limited to 25% max. 25.000000 is a good setting if your machine is dedicated for another task or service but contribution to [email protected] is still desired.

The second preference is suspend_cpu_usage which is used to temporarily suspend [email protected] from operation when CPU usage by other application reaches that level. In the example file, suspendcpuusage is set to 50.000000, or 50%.

You can read more about BOINC preferences on their wiki.

After you save the above preferences, run the following command start the boinc-client program and start earning SETI credits!

After running for 5 or 10 minutes, your host should be appearing on the [email protected] website. Once logged in, click on View Computers the work yours has contributed

6. Checking the Status of the Work Completed via the Terminal

You can also view the status of the work you've completed with the following command:

That's it! You're computer is now helping out with the search for extra-terrestrial intelligence! Be sure to join a team and reference the forum page or comment if you have any questions! Thanks for reading!