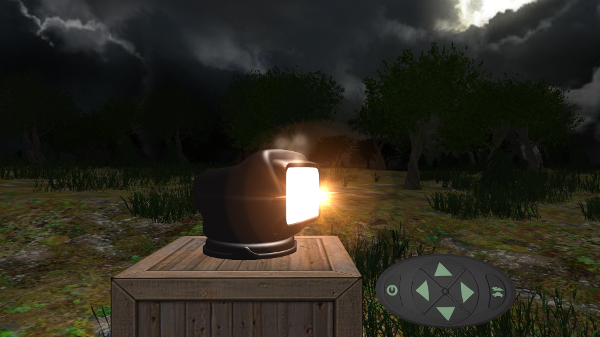 In the past, displaying a product in 3d online was a challenge. Most of the time this was accomplished with Adobe Flash. With advent of WebGL, native 3d is now possible in all major browsers. Using WebGL with the three.js graphics library we were able to create a modern, navite way to demonstrate the unique features of Golight.

The 3d simulation had a number of element. First there was the Golight itself. It was to be the centrepiece of the entire display. It need to be high quality with proper lighting and presentation. We used a number of programs, including Blender to 3d model the light. Second, the remote, it was to be interactive. Clicking the remote controlled the Golight (pan, tilt, power, and speed). Finally, the background and setting were to the important as well. A diverse terrain with a number of trees, shrubs, and grasses were necessary to give the Golight objects to shine upon.

The simulation turned out beautiful. Golight branding was prominantly displayed in the top right corner. The Golight functioned exactly to the specification of the real object. The scene was appealing and showcased the product in a way no picture ever could. Adding audio of crickets in the background gave the simulation real depth.

With WebGL being as new as it is, it was necessary to have a fall-back option. On browsers not supporting the scene, we displayed a screen cast of the simulation instead. This provided a seamless experience for all users.